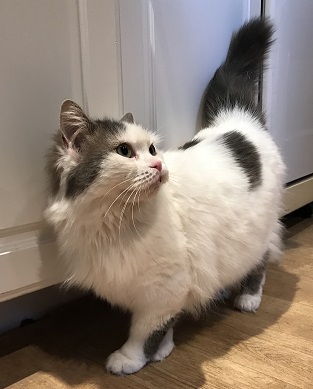 Pretty girl Frankie is a little bit shy initially and not a big fan of being picked up but once she decides that you’re her friend she’s super affectionate.  She showed up at the home of one or our client’s and even though they canvased the neighbourhood no owner could be found for this lovable girl.  She’s been spayed so she’s obviously had an owner at some point.  They decided to foster her for a couple of months until a space in our adoption program opened up.  They say that she loves snuggling on the couch and curling up on the pillows at bedtime.  She’s going to do best in a quieter home with a family who realizes it might take a few days before she shows her real purrsonality. 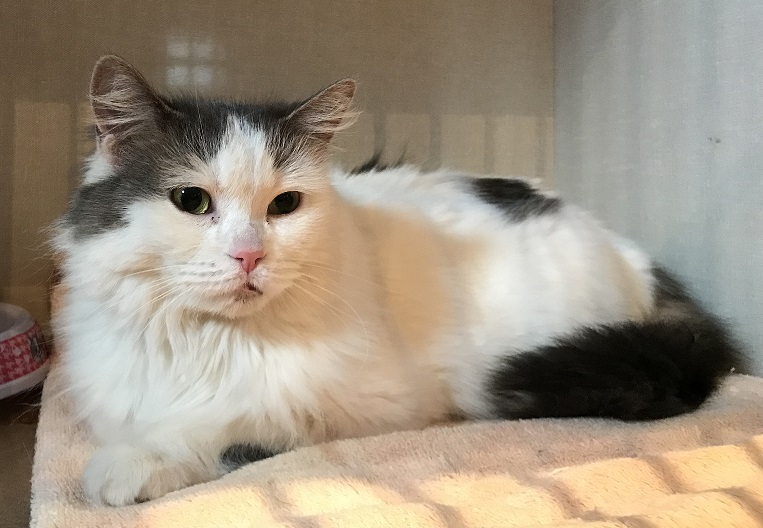 Frankie is about 3 years old, FeLV/FIV negative and up to date on her routine veterinary care.  If you think your family would be a good fit for Frankie please contact the clinic. 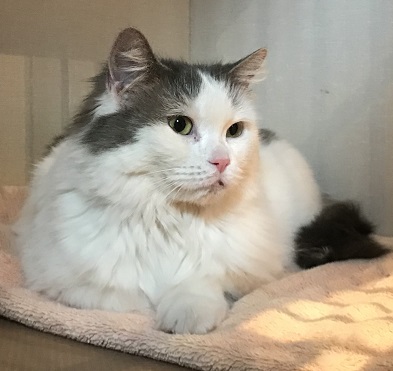 Our Adoption fee is $175.  This includes the full initial series of vaccinations, neutering or spaying, deworming, defleaing, fecal testing, FeLV/FIV testing, treatment for any external parasites, an insurance trial, and microchipping.