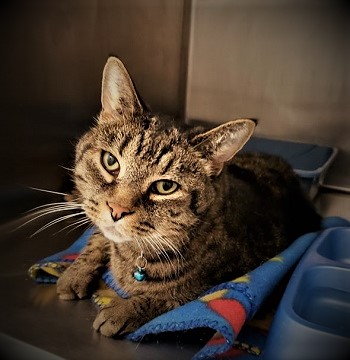 Moogly is another kitty who has come to us from Quebec by way of the Freedom Riders and One Last Chance Rescue.  This poor guy must have quite the story to tell.  He was found as a stray but he had a pretty collar with a bell, he'd already been neutered and had been declawed on all four of his feet.  A good Samaritan took him in to a shelter but no one ever came looking for him. Not surprising, Moogly had a hard time competing out on the street and he contracted FIV.  Feline Immunodeficiency Virus is transferred only through deep bite wounds.  Moogly acts super scared when you first reach for him so we honestly wonder if someone didn't strike out at him as well.  Once he realizes that you’re his friend though all he wants is to snuggle and purr for you.  Pictures really don't do this boy justice, he really is a kitty you have to meet to see his true character shine through.  After everything he's been through, we really want to find Moogly that perfect forever home.  Moogly has met Lance with no problems so wi 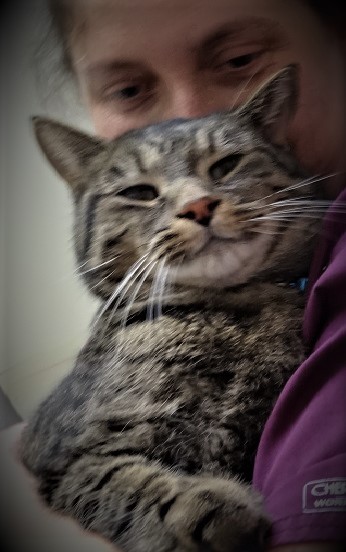 th the right introduction he would be ok with another "cat friendly" cat.  Because he's a bit timid when you reach for him, we feel Moogly would do best in a quieter home.

If you’re interested in adopting Moogly or have any questions about FIV please feel free to contact the clinic. 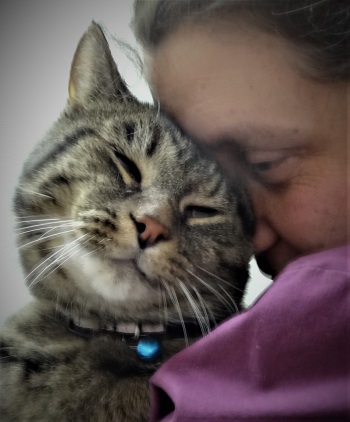 Moogly aka Tiger now is doing wonderful. He is a big love bug who loves to talk. He adjusted rather quickly and loves his new home. Tiger can look out the wall to wall windows or snuggle up in the laundry basket for hours on end. He loves his humans and head pats are a must. We could never have asked for a more loving kitty...