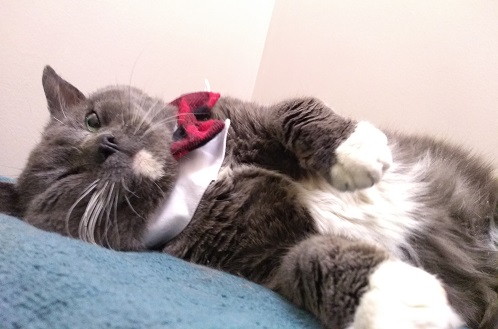 Diesel has had a bit of a rough time.  He has joined us from Hamilton Animal Services where he was taken in as a stray.  We think he’s about 6 years old.  He was a big scarred up “tough” looking tom cat.  Not surprising he tested positive for Feline Immunodeficiency Virus.

He was a little scared initially but now that he has settled in he’s a big love bug.  He loves to give hugs and head butts.  He’s a super affectionate loving boy if someone will just give him a chance. 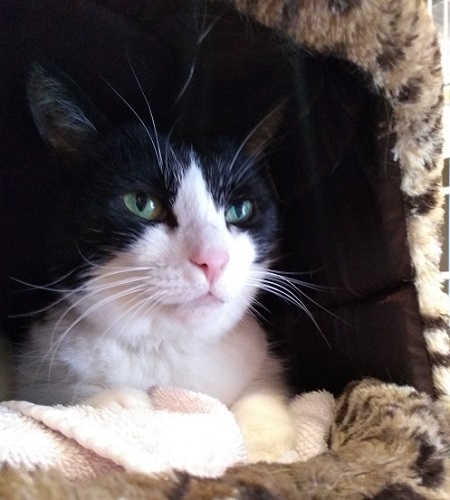 This 7 year old chatty girl loves snuggles and shoulder rides.  She was admitted as a stray in a shelter in Quebec but she's already been spayed so she's obviously had an owner at some point.  With the right introduction Milly should do well in just about home where she can get lots of attention and snuggles.  She is just waiting to get a dental procedure and then should be ready to find her forever family.